The importance of learning dog-talk

here he was, approaching from the front and assuming the meander of one unaware of the concept of city time. He had his eyes on Rex – not an uncommon occurrence for a Great Dane large by Great Dane standards (and, no, we’re not talking about the two-legged Scandinavian variety). You had your eyes on him – definitely not an uncommon occurrence for a tall, athletic man who surely bathed in the same gene pool as Brad Pitt. Your eyes meet. You smile. He smiles. Rex smiles. Wedding bells play in the distance. Ok, maybe not that last bit.

Thirty seconds later, Mr Right, spurting blood from a number of newly crafted bodily orifices, unceremoniously legs it in the opposite direction. All thanks to one (not so) Great Dane.

An observant owner would have known that Rex wasn’t happy with the situation unfolding, according to Dr Chris Gleeson, Head Veterinarian at Bayside Mobile Vet. ‘A stranger, no matter his intent, was invading Rex’s personal space and that of his owner. Some dogs are ok with that, he obviously wasn’t. It’s highly likely that Rex’s ‘smile’ was really him baring his teeth, a sign of fear or anxiety-based aggression,’ continues Dr Chris. ‘He was clearly saying ‘go away’ to Mr Right but his distracted owner failed to notice – hence, the ensuing attack.’ Now many of us think attacks ‘come out of nowhere’ or are due to an unpredictable animal. In reality, Dr Chris explains, the majority of dogs give clear warnings in the lead up to the attack, warnings that usually go unnoticed or are dismissed by owners in denial.

Luckily (for this story anyway), Mr Right remains a figment of our imagination, but real-life dog attacks are not uncommon. Many people escape with skin intact but Dr Chris is quick to point out that sadly some end in the death of a much loved pet or, even worse, a person. ‘I can’t stress enough to people the importance of understanding dog behaviour and body language, and that’s regardless of whether they own a dog. Yes, the onus remains on owners to control their dogs. However, at the end of the day, it’s a community issue because the ramifications can be enormous, particularly where children are involved,’ he says seriously.

dog that’s growling is a no-brainer, but you’d be surprised at how often dogs attack without growling first,’ continues Dr Chris. There is good news though. Apparently one can master the art of speaking fluent dog in no time at all by understanding that our pooch pals also communicate their moods through various facial expressions and body positions. ‘Dogs aren’t really that different to us. They can be relaxed, playful, stressed, frightened, submissive, anxious, sad or excited. Fear and anxiety-based aggression are obviously the biggest concerns but issues like obsessive behaviours also need to be addressed.’

So always pay attention to the whole dog – look at the position of its ears, eyes, lips, mouth, body and tail. Dr Chris emphasises that this holds true even for dogs that you know well. ‘It’s just not realistic to expect dogs to be friendly and happy all the time. People aren’t, so why should dogs be any different? Perhaps they’re in pain, feeling ill, in a strange environment, or perceive a threat to themselves or their owner. There’s a whole myriad of reasons why today could be different.’

Dr Chris uses the following mental checklist with all dogs:

“always pay attention to the whole dog – look at the position of its ears, eyes, lips, mouth, body and tail.” 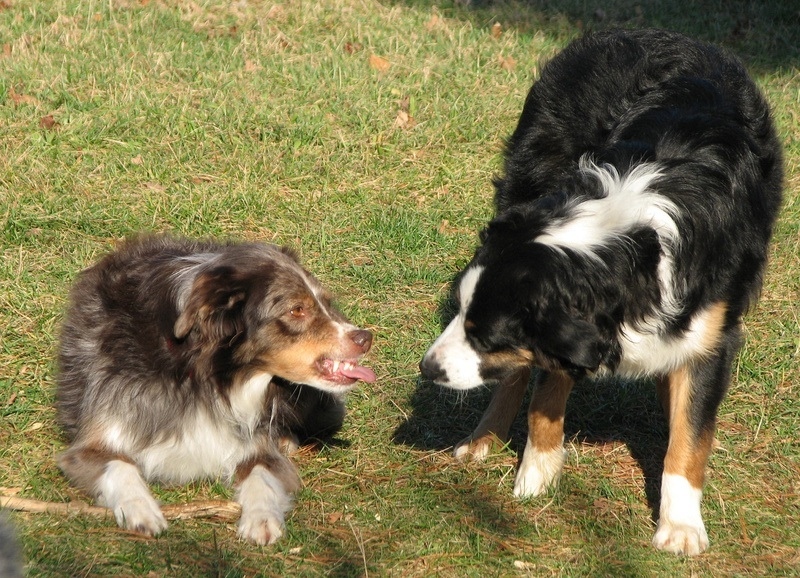 Answering yes to any of these questions should alert you to the possibility of a dog with fear or anxiety-based aggression. He advises slowly backing away from the animal and ‘definitely don’t look straight into its eyes because that might be seen as a challenge.’

Most of all, says Dr Chris, don’t greet dogs by giving them your hand to sniff. ‘I see this all the time because people have been told that’s what you do with dogs. But, really, would you like to be surprised by someone rushing up and sticking their hand in your face? It’s actually quite intimidating for the dog and can result in a bite. A better option is to let the dog make first contact when it feels comfortable. And always, always ask the owner for permission beforehand.’

March is ‘Polite Pets’ month – a good time to see how well you know your pet and to address any behavioural concerns, such as aggression, separation anxiety, excessive barking, thunder phobias and inappropriate toileting. ‘We can assess your pet to rule out any underlying causes, and then discuss the suitability of behaviour modification and pheromones like DAP® and Feliway®. If the owner still has concerns or if it’s a severe case, referral to a behavioural specialist can be organised,’ Dr Chris explains.

Preschool for age-appropriate socialisation and training of new pups. These days you’ll find many places that run classes in your local area, including doggy day care centres, pet shops and dog training groups. Our philosophy is simple – prevention is always better than cure.’

‘… let the dog make first contact when it feels comfortable.’

If you would like further information or require advice about your pet’s behaviour, contact us on 0488 061 444. You’ll also find plenty of great insights and tips from veterinarian and animal behaviourist, Dr Sophia Yin, at http://drsophiayin.com/