End of the Line

It’s not really dinner table conversation, but keeping an eye on your pet’s poop is all in a day’s work.

any pet owners are embarrassed to ask about their pet’s toileting habits, says Dr Chris. ‘But it’s actually quite important to be able to recognise if your pet is having any trouble in this department. Dogs and cats have a very similar digestive system to humans, and this includes absorbing nutrients from food as it passes down the gastrointestinal tract. By the time food reaches the rectum, all that should be left is waste faeces.

‘Faeces must be expelled from the body on a regular basis, otherwise toxins build up and we end up with one very sick animal. It should be shaped like a sausage and able to be picked up easily in one piece. How often your pet passes faeces will depend on a number of things, including the quality of the food they are being fed, if they have a parasitic infection and if they are ill, but ideally it would be once a day without difficulty.’

The spectrum of diarrhoea can be great, continues Dr Chris. ‘At its mildest, the stools can still be formed but are not able to be picked up in one piece. From there, it may progress to a Mr Whippy-like consistence, then a cow pat and finally to complete liquid. Sometimes, loose stools may also have blood in them – this is called haemorrhagic diarrhoea and may indicate a serious underlying problem.’

The causes of diarrhoea are too great to list, but garbage enteritis is one that we see commonly, he says. ‘This is particularly the case with any breeds that love to scavenge, such as Labradors, Golden Retrievers and Beagles. These dogs will eat anything and that often includes things that don’t agree with them.’

At the other end of the scale is constipation, explains Dr Chris. ‘Lack of faeces in the litter tray or yard is an obvious tell-tale sign, but so is unproductive straining. Be careful though, because sometimes animals may still strain with diarrhoea. Constipated dogs or cats may need assistance to remove the faeces, in which case an enema will be performed under sedation or a general anaesthetic. 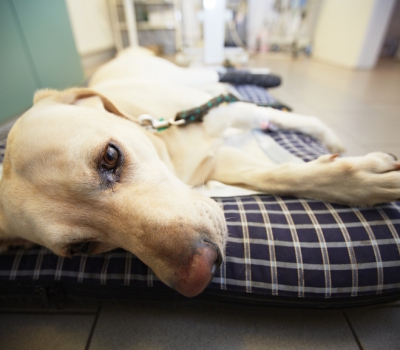 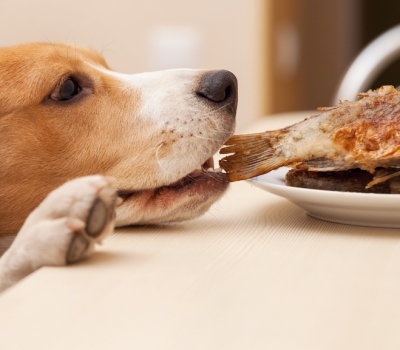 “Constipation or diarrhoea that is accompanied by other signs, such as inappetance/anorexia, vomiting, lethargy and pain, is very serious”