Misty is limping: Cats get Osteoarthritis too!

Yes, it’s true. We often hear about dogs having arthritis and limping but cats also suffer from osteoarthritis (OA). Their symptoms are often quite different to dogs so can be easily missed.

Dr Tash was called out to see Misty as her owner had noticed that she was having accidents near her littlebox which was very unlike her. She seemed otherwise well but a little slower and more subdued than she used to.

Misty is a Domestic Shorthair (DSH) who came from an shelter. Her full history is unknown but she was adopted when she was thought to be approximately one year old.  That was eight years ago. She has been a healthy cat in general.

On examination Dr Tash noticed some mild dental disease but otherwise she seemed to be in great health. However, she was quite reluctant to allow her left elbow to the fully straightened. Her right was also a bit stiff. Her urine and blood was collected to test for bladder and kidney problems. Once these were ruled out we had a chat about OA in cats.

In cats OA tends to affect the elbow joint more than other joints but any can be affected. Signs to be aware of include:

As animals get older the cartilage in joints deteriorates and becomes less flexible. Arthritis can develop due to injury, dislocation or infection in the joint.

Radiographs can be taken to confirm the suspected diagnosis of OA. Cats need to be sedated or have a general anaesthetic to take radiographs.  This allows us to looks for other causes of lameness including bone tumours.

There are several ways in which we can manage arthritic cats. 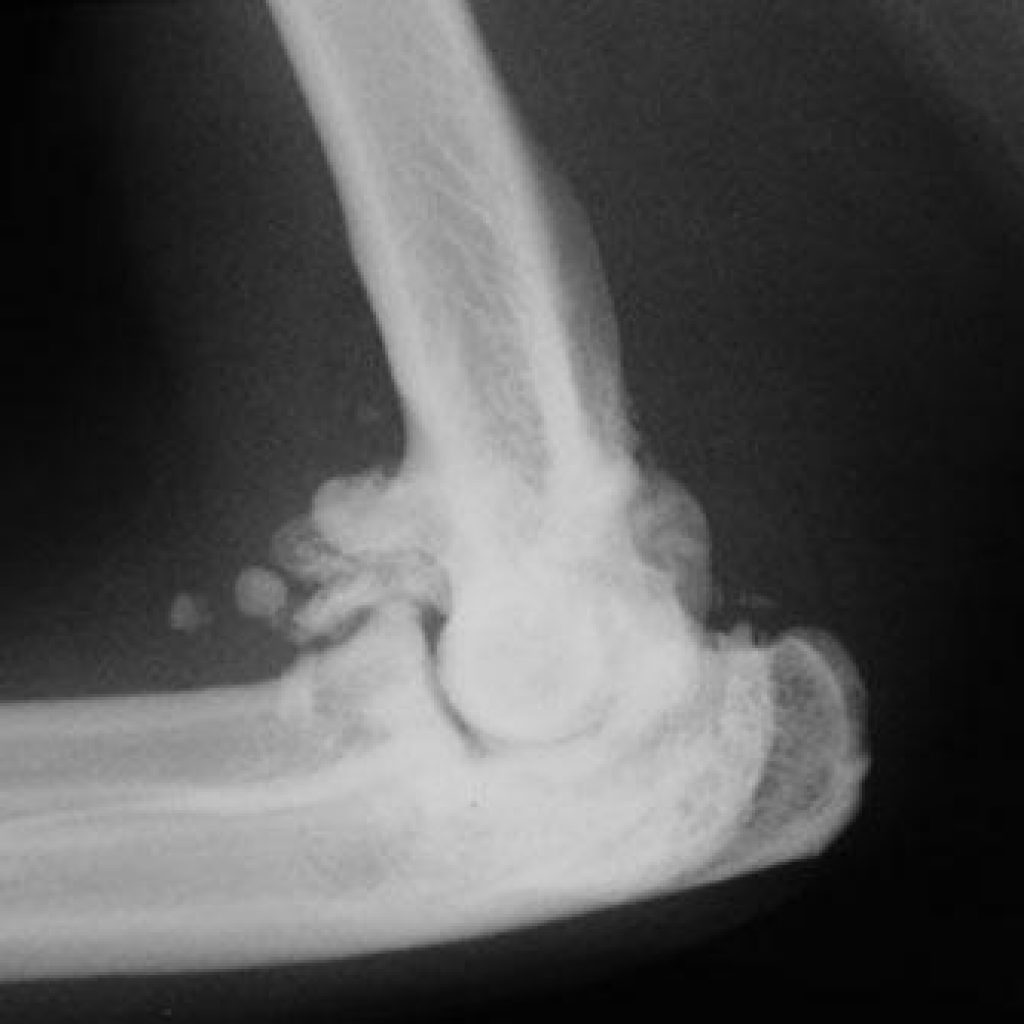 An x-ray of a cat’s elbow with severe DJD (degenerative joint disease) osteo-arthritis.