Why do vets do this? 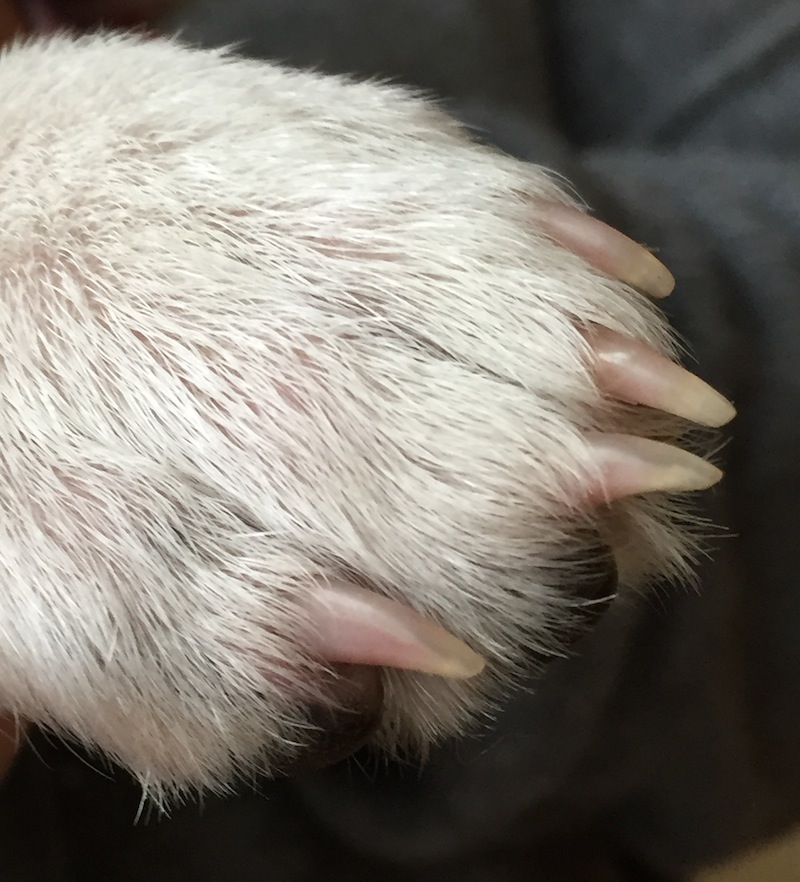 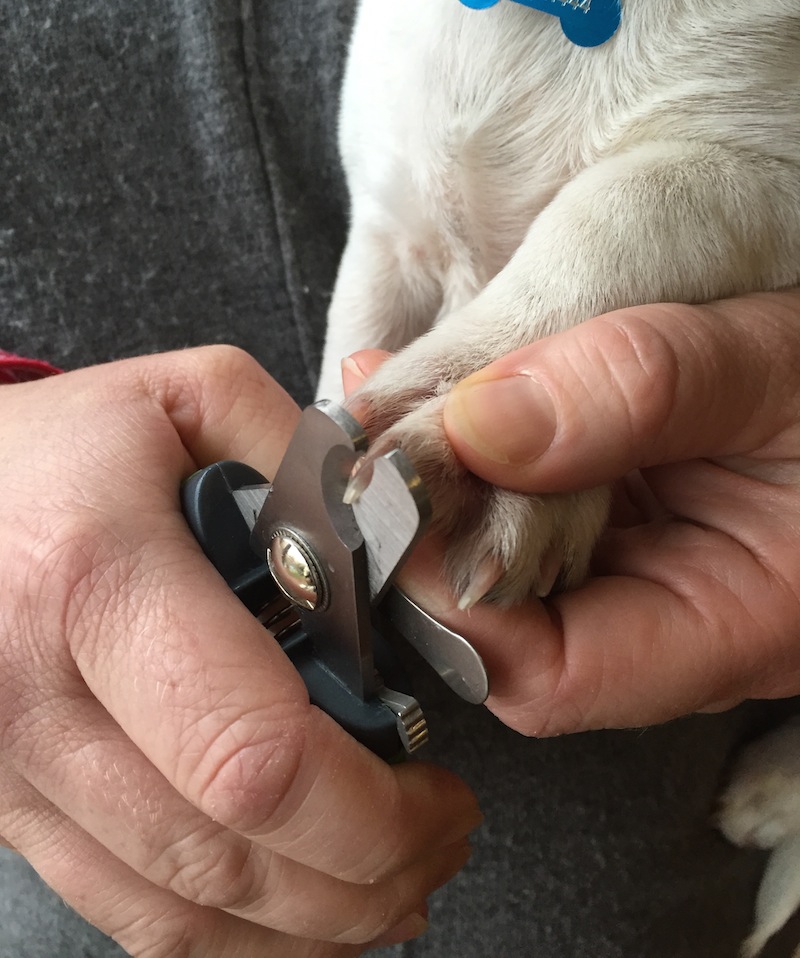 t is a great idea to handle your pet’s feet regularly from a young age. Although it doesn’t hurt them many animals don’t like their feet touched initially but will become used to it. This makes it much less stressful for them when their nails do need to be trimmed.

Some pets will never need their nails trimmed. Dogs naturally wear down their nail when walking on hard surfaces such as concrete. However more often than not there will be a time when their owner, vet or groomer will need to trim a pet’s nails. Sometimes the configurations of the ‘toes’ or digits inhibits the nails from wearing down when walking, such as if the nails sit higher on the toes. In particular dew claws can cause problems as they sit on the inner side on the legs and higher up the leg so they are never exposed to natural wearing. Sometimes the dew claws are removed when the pet is young but if they are not removed they will need to be regularly trimmed.

Cats will usually keep their nails worn (and sharp!) by scratching on trees, scratching poles or carpets. Scratching is a natural behaviour for cats and they should have somewhere they can do this without getting trouble. However as cats age they often reduce the amount of scratching they do and their nails can become overgrown. Cats do shed their nails and when this process doesn’t occur long nails can grow aroun and back into the pad or leg and cause pain and infection.

When trimming pets nails you need good restraint of the animal and the leg. You may need an extra person to hold the pet still. If the nail is clear you will be able to see the vein which sits in the middle of the nail. This is a lot more prominent in dogs than cats. You want to avoid cutting this vein as it is painful and will bleed. If the nail is black you will need to estimate where you think the vein ends and trim a few millimetres in front of this.