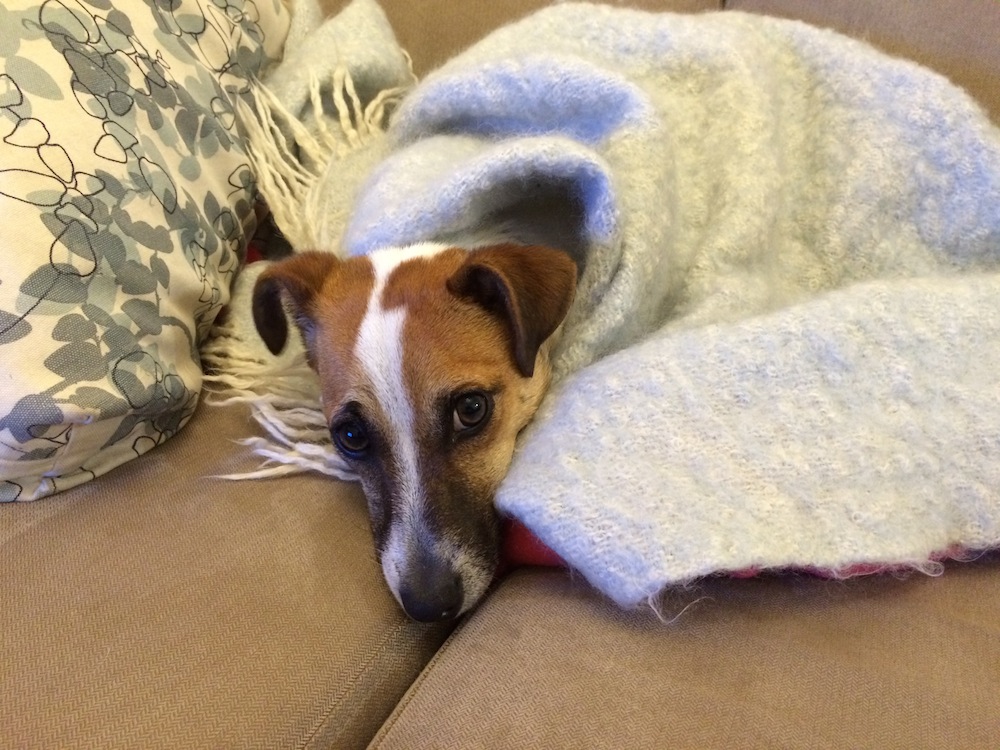 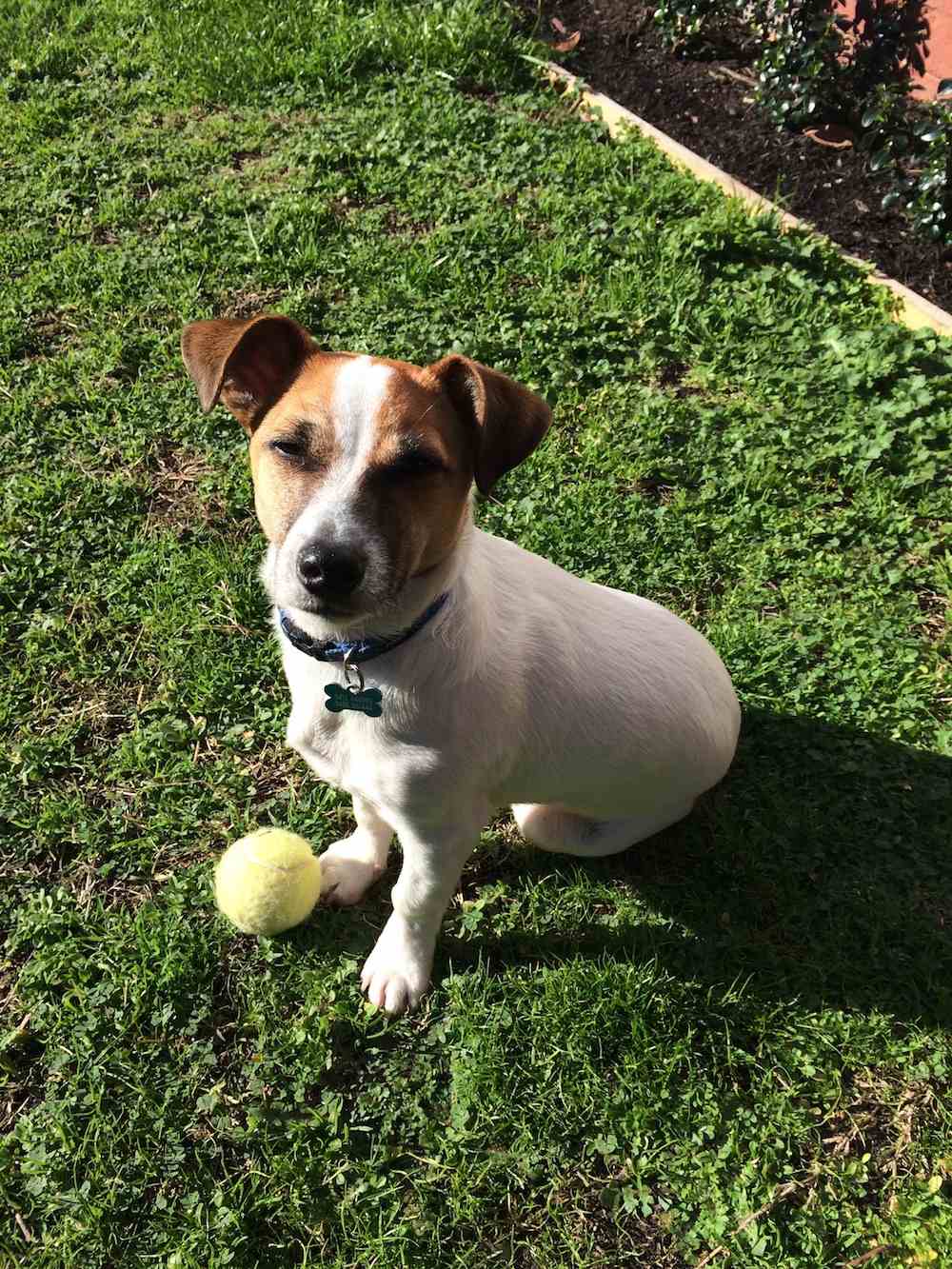 OK – in case some of you don’t know we have a new guy at Bayside Mobile Vet. His full name is Mitchell but he goes by ‘Mitch’. He is approximately 8 months old and we think he is a Jack Russell Terrier.

He came into our lives as a weekend foster to give him some time away from the shelter where he was living …….. and never went back. That first weekend was a breeze – no barking, sleeping all night, playful but not nippy.

Ahh the good old days. From then until now he has developed every naughty behaviour in the book, however things seem to be improving. We have had many toy, shoe and underwear fatalities in the past few months. And he loves stealing anything he finds in order to get our attention. He is a very happy little guy and loves to burn around the oval or yard for as long as he allowed but he is also a really smoochie little thing. Sitting on Chris’s lap once the kids are in bed is his favourite place.

So if you follow us on Facebook you will see many of his adventures but I’ve included a few photos to introduce him – what a cutie!!